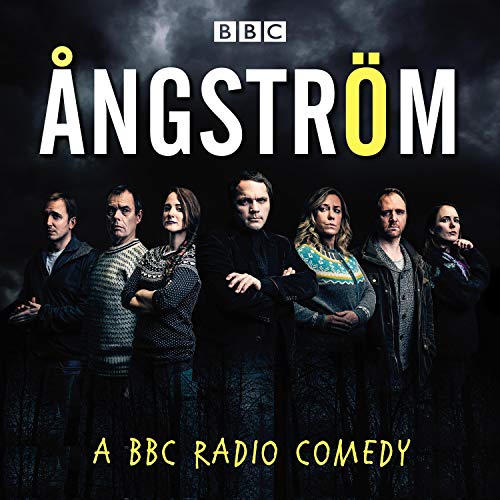 Knut Ångström is a brooding, alcoholic, maverick Swedish detective from the mean streets of Oslo. Following the deaths of his beloved wife Christa and cheeky duck Elvin, he is posted to the Njalsland peninsula, where he becomes embroiled in a labyrinthine mystery which bears an eerie similarity to the Askeladden killings - a case from his distant past.
Arriving at a secluded valley after an anonymous tip-off, Ångström finds his crime scene is missing a corpse. It seems the attack was so brutal that it's obliterated all trace of the body (or maybe there was no murder?) But Ångström is undeterred, and together with young, blue-haired investigative reporter Mina Oblong, he follows his hunch to the offices of Councillor Birgit Lundstrom.
But when Lundstrom turns up dead, Ångström himself is in the frame for her murder. Determined to clear his name, he seeks the help of Benny from ABBA - but why is Benny from ABBA suddenly Mexican? A clue left by the killer leads Ångström and Mina from a novelty troll factory to the remote Celibate Puffin Island (but it's all one word in Swedish) where they find a possible connection between the Askeladden murders and the sinister Bolax Corporation - and get one step closer to discovering the identity of the mysterious Ash Lad....
This gag-packed, snow-packed, flat-packed Scandi-spoof was created by Joel Morris and Jason Hazeley (The Ladybird Books for Grown Ups, Charlie Brooker's ...Wipe,That Mitchell and Webb Look, A Touch of Cloth) and stars the Perrier Award-winning Matthew Holness (Garth Marenghi's Darkplace) as Knut Ångström.
Cast: Matthew Holness, Nadia Kamil, Simon Kane, Morgana Robinson, David Reed, Freya Parker, Kevin Eldon and Anna Crilly
Written by Joel Morris and Jason Hazeley
Produced by Lyndsay Fenner
First broadcast BBC Radio 4, 10-31 January 2018